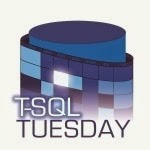 I’ve been doing the whole conference thing for a while. Not as long as some but quite a while. Along the way I’ve collected quite a bit of stuff. I’ve also given away most of it to the local user group too.

I always keep a few little things like ducks and note books. 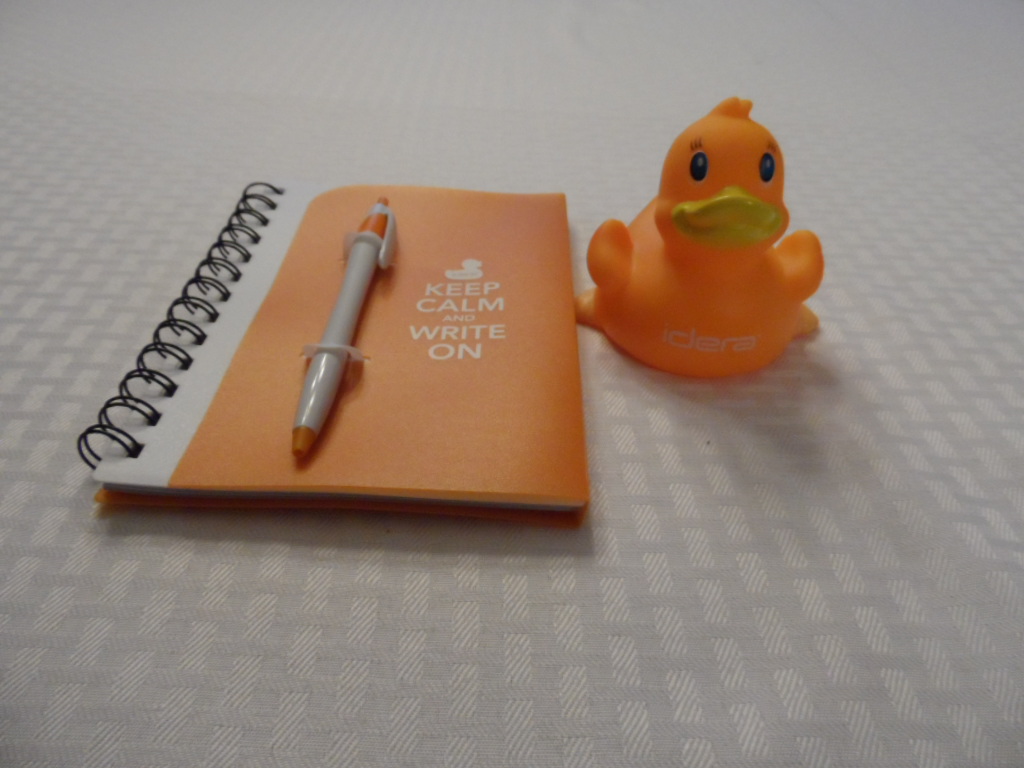 I also keep a few of the drink-ware items too. 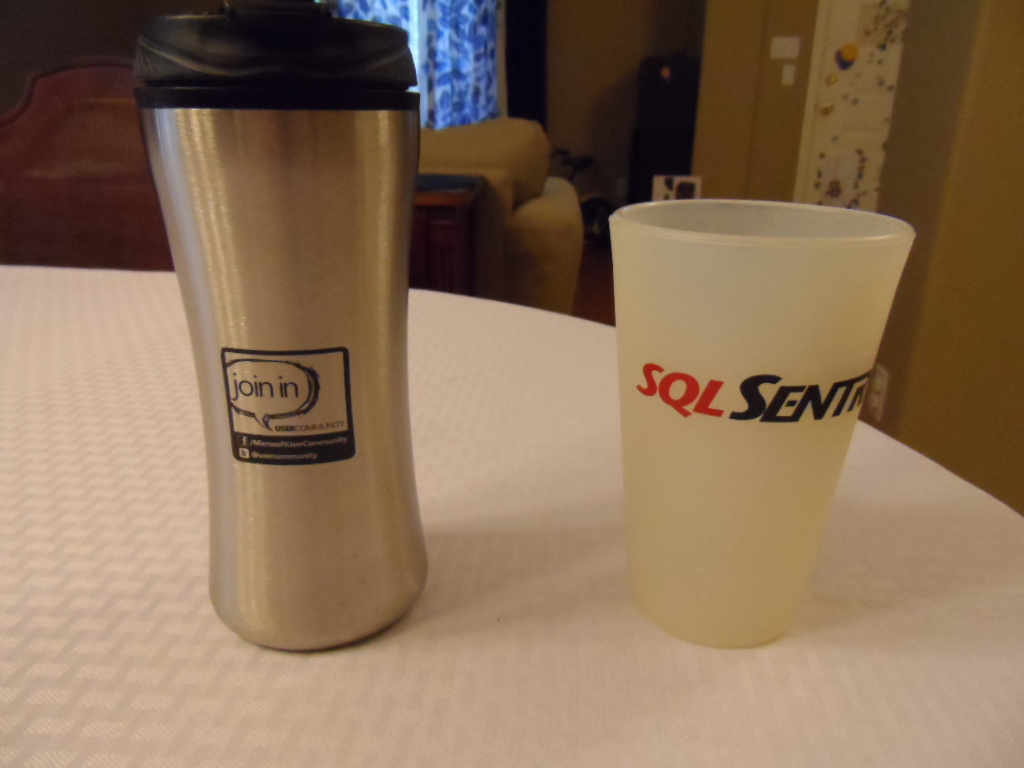 Oh the humanity, the amount of clothing I have from conferences is just crazy. I give away quite a bit but always try to keep one shirt or item from everywhere I go. 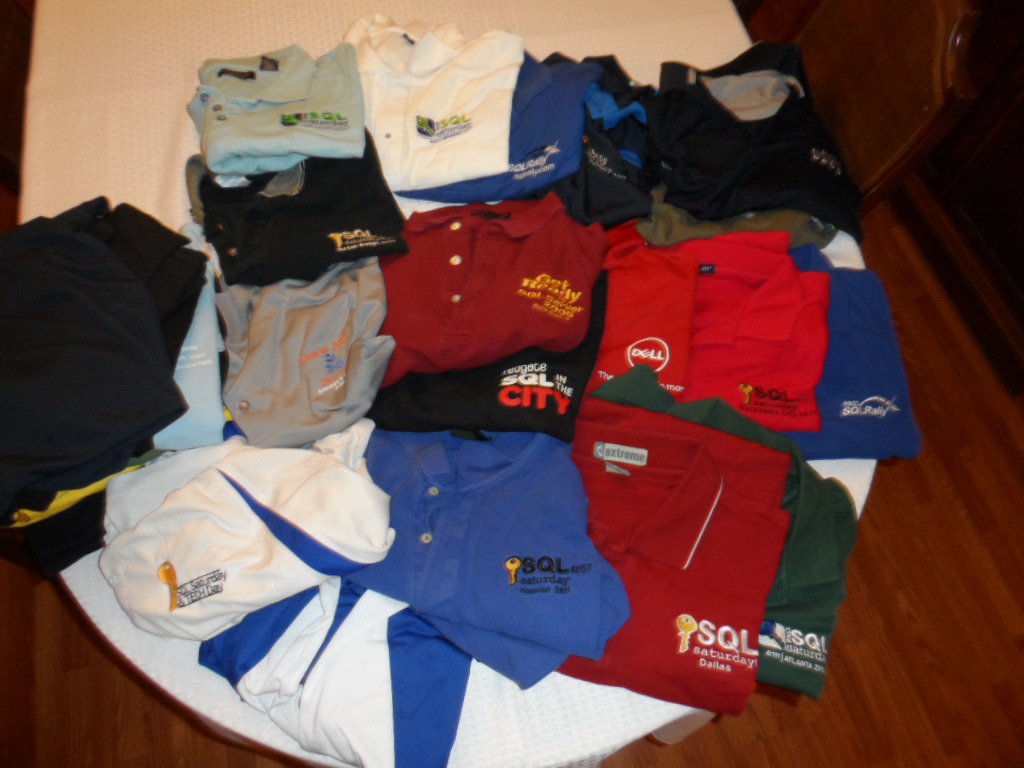 Carry All Your Stuff

With all those shirts I need all these bags to carry them! I’ve kept some of the bags I’ve been given over the years. My two favorite are the Idera bag I got from the ACE program (which I carry right now) and the SQL Pass summit 2003 bag, which gave up the ghost two years ago when all the stitching for the bottom finally gave way. 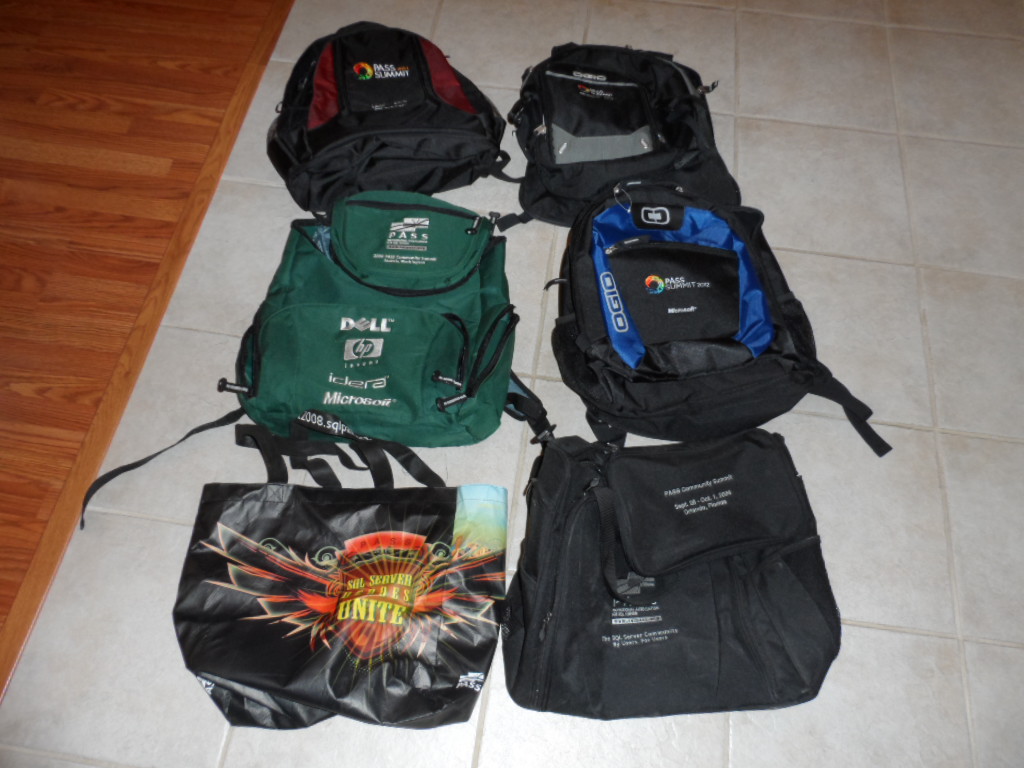 In 2004-05 when Microsoft REALLY loved SQL Server they were giving away crazy amounts of software. I gave away over one hundred copies of SQL Server 2005 Developer edition and around a dozen Windows 2003 Enterprise and SQL Server 2005 Standard edition copies too. 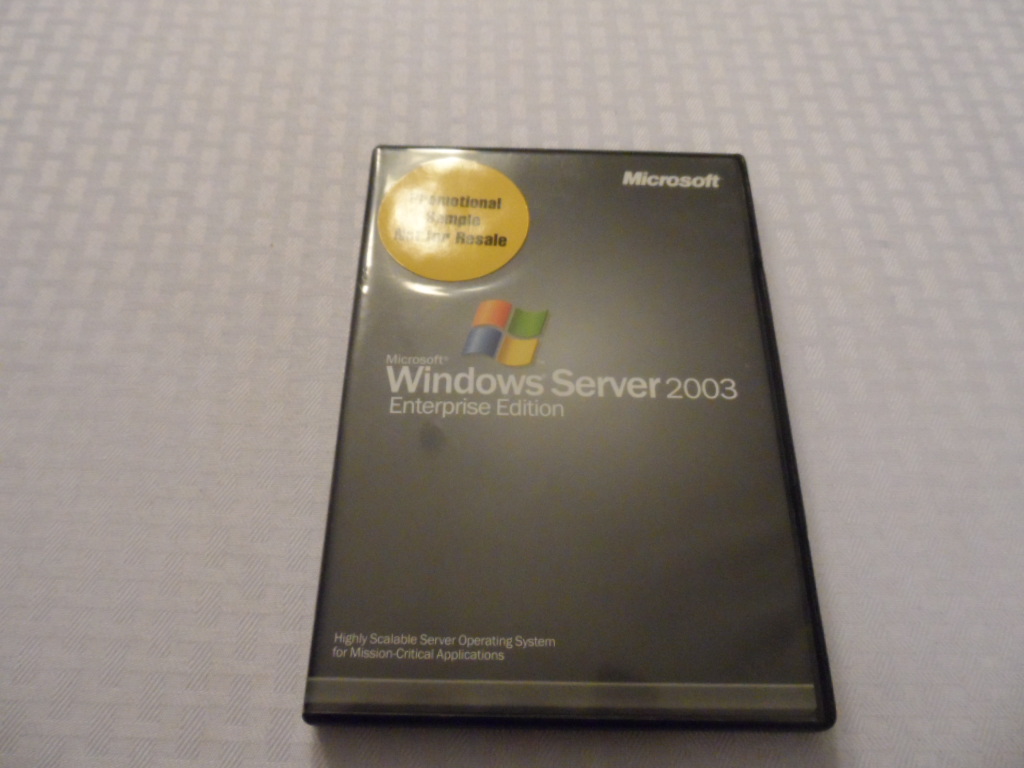 I also had the privilege of attending the last great launch event for SQL Server 2005 in San Francisco.

Found This in my drink: 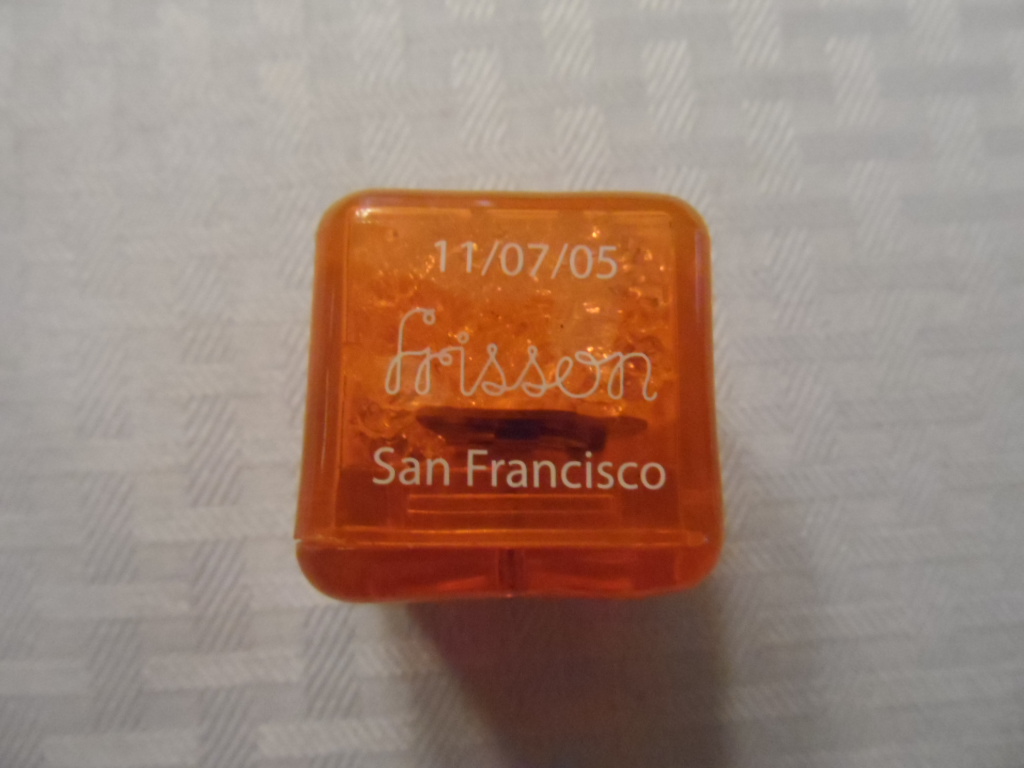 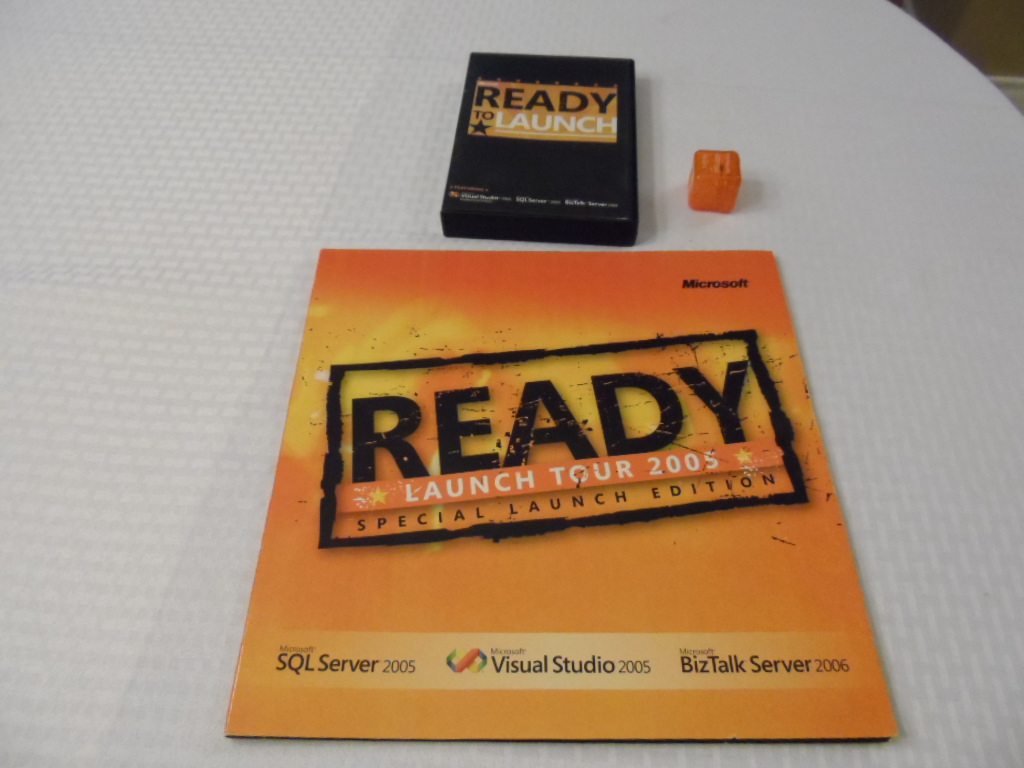 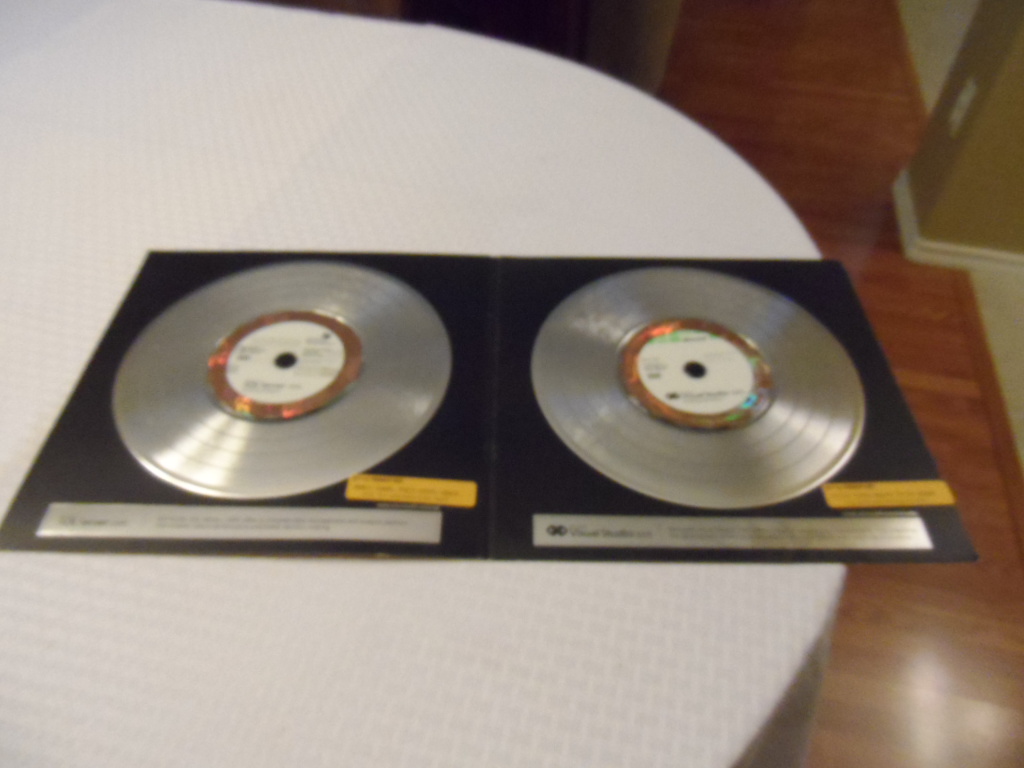 The greatest thing I get from each and every one of these events is meeting people like you! See you at the PASS Summit.